Samsung Galaxy M 10 is the second product from the brand’s Galaxy M series. An unlikely introduction of this Smartphone, the Korean electronics giant is portraying a new take in its ideology in light of instances of declining market share in India. Our country has always been a price sensitive market and will continue to be the same, a point proven by the formidable rise of Chinese mobile brands such as Xiaomi, Oppo and Vivo.

Consumers and market are seen accepting the Galaxy M10 with an open mind which is not usual in the low-price segment. Samsung as a brand is pushing this new budget Smartphone into the market and lives of users.

The Galaxy M10 is cheaper than the M20 by INR 4000, but Samsung has managed to provide the exact same Infinity-V water drop display and ultra wide-angle camera in this device without cutting any corners. With Samsung’s signature chipset and UI, the Galaxy M10 is a challenging established budget phone like Realme C1 and Redmi 6 in the market.

Made mostly of plastic, the Galaxy M10 looks a lot like M20 but with subtle differences that you need to know about. There is no fingerprint sensor, for one thing, in this phone which is a drawback given the fact that other budget phones like Redmi 6 Pro, in the same segment offer fingerprint sensor. To compensate the Galaxy M10 features the face unlock function which had disappointed most customers with its performance.

In terms of body design, we get smooth curved edges as the rear panel wraps itself around the body frame meeting the glass panel on the front. An all plastic rear panel offers a nice grip, especially over the sides. The volume and power buttons are present on the right side, adding a tactile feel. The SIM tray is present on the left side and is provided with two slots for Nano SIM cards and one slot for a microSD card. Phone’s memory can be expanded up to 512GB via microSD. Given the smaller battery size, the phone feels lighter.

On the rear side, you get Samsung branding at the center, speaker grill at the bottom left corner and dual camera module at the top left corner. Presence of speaker on the back and not at the bottom is again disappointing. The phone is available in two colour variations, black and ocean blue, both of which make fingerprints and smudges on the plastic panel noticeable.

On the front, Infinity-V waterdrop display takes up most of the space with minimal bezels all around. The droplet-style notch which is unique in this segment houses the selfie front camera with an earpiece just above it. The notch also hides the ambient light sensor somewhere in the mix.

The inclusion of the Infinity-V display on the Galaxy M10 making it online device in the low-price segment to have a waterdrop display. The chin on the M10 display is thick but it won’t distract you from enjoying an immersive watching experience. The droplet notch has flatter curve so it barely intrudes your viewing enjoyment. Most users are appreciating the outline illumination of the droplet when you use the selfie camera of face unlock. With the M10 display, Samsung has offered a great screen which keeps it affordable.

Let’s talk about the specifications of M10 display now. You get a 6.22-inch display that comes with a TFT panel and offers HD+ (720×1520 pixels) resolution. The absence of an LCD display should not bother anyone as this Samsung device has done an excellent job at providing a rich display which looks and feels a lot more superior than any other LCD IPS display one can get in this segment. No complaints are received regarding the performance of the M10 display.

With good brightness levels and deep and appealing colours, M10’s display also comes with the Widevine L1 support that allows full 720p resolution on supported platforms like YouTube and Amazon Prime Video. However, HD+ has its limitations and one can notice graininess and lack of sharpness in the video at certain angles.

Once again Samsung has used the tried and tested Exynos 7870 chipset which already powers a number of Samsung devices like the Galaxy J6, Galaxy On6 and Galaxy A6. The Exynos 7870 is a 14nm octa-core chipset that uses eight ARM Cortex-A53 cores, all clocked at 1.6GHz. The processor performs fairly to run day-to-day tasks, but anything too much intensive can’t be expected.

The Galaxy M10 is available in two RAM variations-2GB and 3GB. If you want a lag-free experience during normal daily routine like messaging on WhatsApp and Facebook alongside browsing the Internet frequently, the 3GB model is better suited as it will offer fairly smooth experience with no slowdown or lag. But even the 3GB variant makes its limitations evident when multitasking. When switching between apps there is noticeable delay and even at times, the touch responsiveness is iffy.

For game lovers, this device is not the ideal choice as games like PUBG, even at default low graphics settings have a lot of stuttering and lag which easily ruins the playing experience. However, games like Asphalt 9 perform surprisingly well on Galaxy M10. No glitches or random freezes are experienced with such games. This budget segment Samsung device is not meant for multiplayer games like PUBG, disappointing we know!

Surprisingly there is no gyroscope on this device, so the M10 cannot make out when it is being tilted. This is a major drawback because this Samsung Smartphone is supposed to be attracting the youth with its budget pricing but with no gyroscope, online gaming experience is greatly hampered. There is an ambient light sensor in M10 which is rare in budget phones. But the performance of the ambient light sensor is not efficient and gets really faulty when the device is struggling with performance.

The speakers on this device are pretty loud but do not expect crystal clear sound as the sound quality is strictly average. Lack of clarity in sound can be witnessed while watching videos with the speaker on. But the Galaxy M10 does support Dolby Atmos for wired headphones which is a relief. It comes with a 3.5mm headphone jack.

There is no Android Pie on Galaxy M10 out-of-the-box, but Samsung has ensured an update to the latest Android version later this year. By default, the M10 runs on Android Oreo that is iced with new Experience UI 9.5 from Samsung. The manufacturer claims the new Experience UI to be much smoother, cleaner and bloatware free. This time Samsung has done a commendable job with the Experience UI which definitely is optimized for performance and functions smoothly without stuttering or lags. The icons are painted with fresh coat of colours which makes Experience UI 9.5 truly pleasing to the eyes.

Although promised less bloatware, but the M10 still gets a bunch of Samsung’s in-house apps alongside Microsoft’s Office Suite and some accompanying applications. Inability to remove all the preloaded apps is a cause of issue for the base model with only 16GB internal storage.

There is no fingerprint recognition in this device which is a bummer. The only biometric option available is the face unlock which gets the job done. Under adequate lighting face unlock can be used but in low-light, it really struggles with recognizing faces.

The Samsung Galaxy M10 made no compromises here and it gets the same 13MP + 5MP dual camera system as its predecessor Galaxy M20. The camera is one of the main reasons to buy this Smartphone. Samsung has made an ultra wide-angle lens available in the secondary sensor alongside an f/1.9 aperture primary sensor. Presence of the ultra wide-angle lens is definitely a selling point for the M10. On the front, this device gets a 5MP f/2.0 cameras.

The rear camera performs adequately under enough sunlight and captures good looking pictures with decent colour reproduction. However, on zooming in the photos lack detailing and colours look washed out. The absence of best dynamic range here must not bother given the segment Galaxy M10 targets. With indoor photos, lack of details is much more evident than it should be. The autofocus tends to slow down indoors in lack of adequate lighting. Overall the camera struggles in low-light conditions.

There is Live Focus available in both selfie and rear modes. On M10, the Live Focus is programmed to only work with faces so bokeh shots on objects are not possible. In bokeh mode, the rear camera does a decent job at keeping the subject natural and effectively blurring the background. The front camera performs the same but choppiness and unevenness can still be seen.

Now the best feature of the rear camera in this device is the secondary ultra wide-angle lens which works best in daylight condition. Switching to the wide-angle mode is easy by just tapping the three-tree icon or simply pinching the screen to zoom out. Even in the wide-angle mode, the camera does not capture a lot of details and there is no tap to focus feature in this mode.

Here are some images clicked with the Samsung Galaxy M10 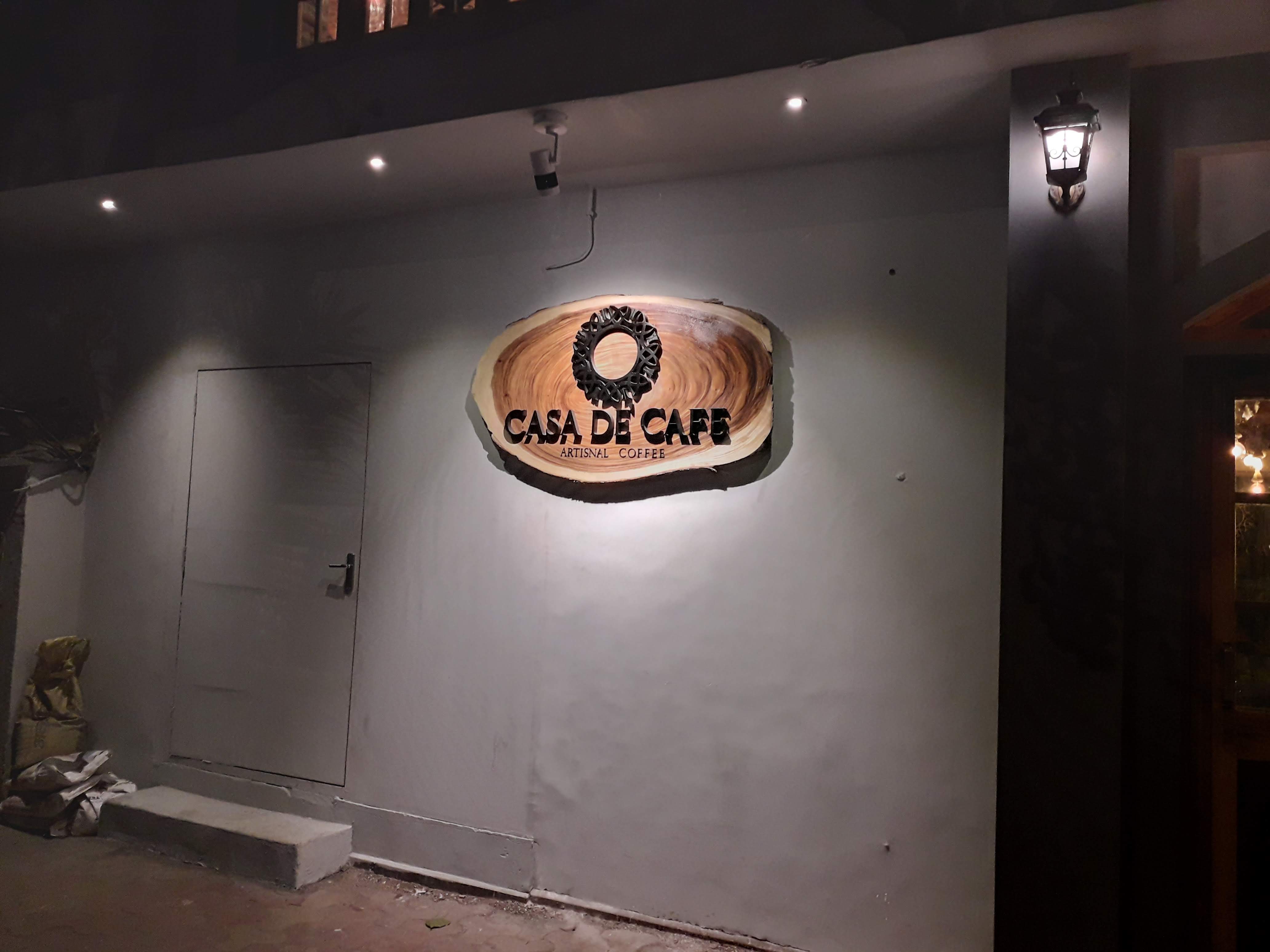 The front camera with 5MP sensor performs fairly well at taking selfies but only under good lighting conditions. For someone who lives to take selfies with a lot of clarity and details, the M10 will be a big disappointment. Although you can use the Smart Beauty effect to smoothen and brighten the final clicks.

The Galaxy M10 is kept alive by a 3,400mAh battery that keeps the device going little over a day on average use. Playing games for a few hours or watching a lot of videos is possible with the M10 and it can give backup up to 12 hours under such conditions. On the battery front, the M10 performs extremely well and there is no activity that can drain the battery life.

The M10 comes with the basic 5W charger as it does not support fast charging. It will take around 3 hours to fully charge the phone from zero.

Comparison with Realme C1 and Redmi 6